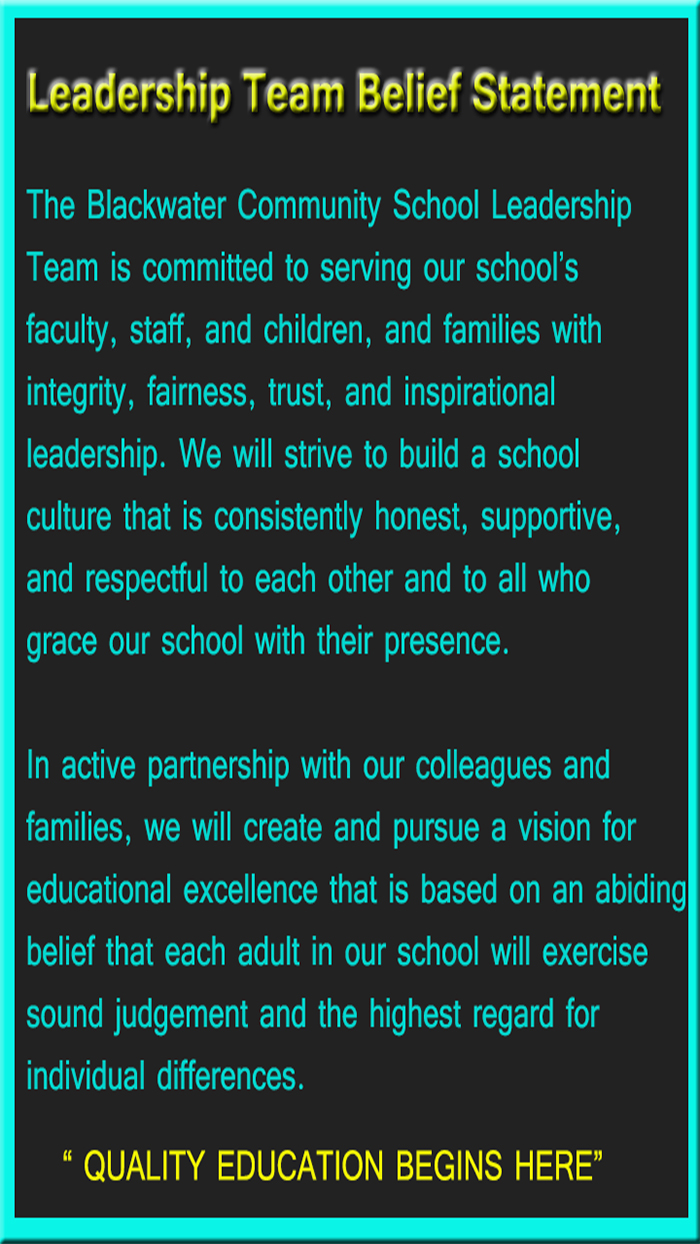 "We believe in teaching the Whole Child"

B lackwater Community School is located on the Gila River Indian Community (GRIC) southeast of Phoenix, AZ. The reservation is 583,748 square miles and consists of seven distinct districts with a population of 11,712 (2010 Census). Our School primarily serves two geographic areas of this community District 1 and District 2. The reservation has two distinct tribes the Akimel O’Otham (River People – Pima Indians and Pee Posh (Maricopa Indians). More importantly, is the historical status of this tribe which traces its ancestry to the Hohokam Indians which inhabited the Gila River Basin beginning in 300 B.C. until 1400 A.D. The Hohokam Indians brought significant technology to the Southwest with the introduction of agriculture, irrigation canals, and extensive trade networks. Collectively, these contributions changed the future of the Southwest and laid the groundwork for the expansion of Spanish, Europeans and American settlements in this region. This tradition of agriculture is still at the heart of the Akimel O’Otham culture and is the heart of the school. The vision of the school, “Quality Education Begins Here” is exemplified by an extensive network of solid educational practices and the presence of the traditional language and culture evident on campus. The school represents the hub of the community and celebrates the community’s heritage throughout the year.

This school has been in operation since 1939 at its current location. Blackwater Community School is a hybrid school meaning it operates Bureau of Indian Education (BIE) funded grades Kindergarten thru 5th grade where as Akimel O'Otham Pee Posh Charter provides educational funding for the non-isep eligible children in grade K-2 and 3-5. Historically, this school was known as BIE kinder-2nd grade where as 3rd thru 4th grades were added under the Arizona State Charter Board. BIE approved our 3rd grade expansion in July of 2016 where as 4th-5th grade expansion was approved in July of 2018. A vast majority of our enrolled students are Native American from the local Gila River Indian Community.

In 2016 the Bureau of Indian Education announced and published a new school construction application. The Bureau had last published a new school construction application in FY 2004. As background, the Bureau had been directed to establish a School Facilities & Construction Negotiated Rulemaking Committee by the No Child Left Behind Act of 2001. The Committee held five consultation sessions with tribes and schools in 2011 to solicit comments about the condition of facilities and funding needs in Indian country. The Rule Making Committee developed a formula for the equitable distribution of funds to address the poor condition of BIE-funded schools. As a result, The No Child Left Behind School Facilities and Construction Negotiated Rule-Making Committee established the process and criteria for determining how to select which schools to be prioritized for replacement. The National Review Committee (NRC), (a committee of educators, facility experts and Indian Affairs Office of Facilities, Property and Safety Management staff), determined eligibility for campus-wide school replacement based on factors as proposed in the NCLB Negotiated Rulemaking report: School facilities having an overall Facility Condition Index (FCI) rating of “poor,” and/or are 50 years or older and educating 75 percent or more of the students in portables. Based on these criteria, 78 BIE- funded were eligible to be considered for campus replacement. Schools meeting the eligibility requirements were invited to submit an application to be reviewed and scored by the NRC with representatives from each of the BIE Regions with eligible schools. Of the 78 eligible schools, 53 submitted an application for replacement.

The Blackwater Community School (BWCS) along with 52 other schools funded by the Bureau of Indian Education applied. The extensive review and selection process included an examination of all eligible BIE funded schools. After the initial review by the Bureau, the BWCS was selected along with nine other schools to present to a BIA\BIE National Review Committee panel in February 2016 in Albuquerque, New Mexico.

In April 2016 the school was notified that as a result of the February 2016 review it was selected as one of ten schools for the new Priority School Replacement List. That list was subsequently published in the Federal Register.

Our School completed the planning phase at the end of September 2017. All documentation was submitted to teh BIA DFMC Office for their final approval. In February 2018, School Board and the Community made the decision to follow the Design-Build method of project delivery. Based on the Planning Phase computations for needed new construction, the school will be constructed in two Phases. The first phase will be based on constructing space for the kindergarten through third grade and the second phase will be focused on grades four and five. During the first phase the school will construct common areas to serve all students to include the cafeteria\kitchen, gymnasium, administration, culture classroom, and library. We estimate the Design Phase will take six to nine months followed by the construction phase which may take 18 months to two years. 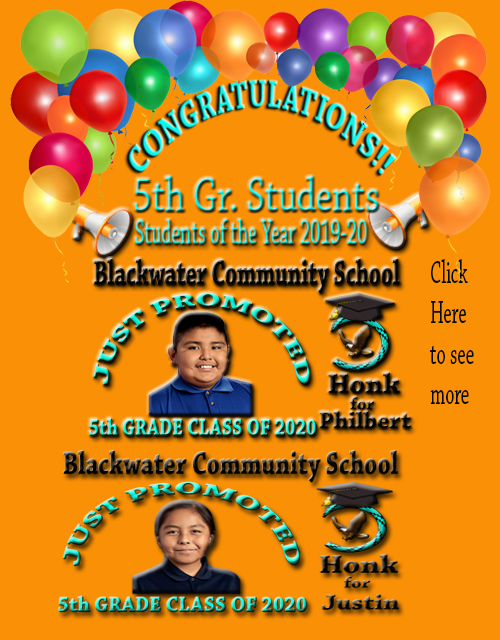 Blackwater Community School and its offcials have been working very closely with the Gila River Health Care Department (GRHC), Office of Emergency and Management, Tribal Education department and Honorable Governor Lewis' office. Our school is currently closed and is expected to resumeon March 23rd, 2020 contingent upon the Board and Tribal government's decision. Administrative Team will be on-site Monday-Thursday during the Spring break and will be involved in making sure the classrooms and other buildings are cleaned and the most-touched spots are deep cleaned.

Should there be a decision to close the school, we will make extra efforts to notify all our parents and guardians through Robo-phone calls, School website, and school FACE BOOK site. Please check our Website frequently. Please click on the following important links to learn more about how to help our children and community members: